Anne is a multi-artist and a character in the Super Academy Roleplay.

Anne has long brown hair that's usually tied up in a pony tail. She wears a yellow shirt with a lot of paint splotches on it. She also has white pants. She is shown to be very anti-social, to the point she is sometimes afraid of going to crowded places like the mall. However, she does enjoy the bakery. She first met Miles, who introduced her to the city. She gained a friend in him and Cody. She also made acquaintances with Jason and Dapigin. She currently takes art classes with her teacher, Jan Lawinski, who began to give her free lessons after finding out what had happened to her parents not long before.She goes under her hero name, The Artisan, but unlike others heroes, not even other heroes know who she really is. Anne was later stabbed by The Undying Man and taken to the hospital thanks to Cody and Dapigin. After she got out of the hospital, she was one of the four deciding factors (Dapigin, Jason, Cody, and Anne) in figuring out where to escape to once The Undying Man appeared. While at the Lake in New Brunswick, her and Cody kiss.

When Anne was 13, she lived a decent life. Sure, she had few friends, but she had art instead. She spent most of her day in her room or at her art studio classes doing nothing but sculpting, painting, sketching, etc. One day, she was in her room once again, just sketching. Normally her parents would call her down for dinner, or something of the like, but they never called. However, Anne took this time to her advantage and just kept doing what she loved. After about 9 hours of non-stop drawing, she decided to go downstairs and check on her parents. As she slowly crept down the stairs, she saw her mother lying in a pool of her own blood and her father nowhere to be seen. Anne just sat there on the stairs and cried her eyes out. After the entire situation with dealt with by officials, they came to the conclusion that her father had stabbed her mother multiple times. However, the father couldn't be found. Anne, having no god parents, was placed into foster care. She lived like this until she was 17. That was when she decided that no one wanted to adopt her, and that she wanted to leave. She ran off into the forest and never looked backed. She ran for several hours, until she became so weary that she collapsed on the ground. In front of her was a Stonehenge-esc circle in front of her. In the middle were several paint bottles. She was almost hypnotized by the bottles, and grab some. Before she could do anything, she heard the rustling of an animal and had to run. She ran for several days until she finally got to a small, quaint town. She stayed there, homeless, for about a month before she began to sell art by using the paint bottles she found. She discovered that not only could they release paint, but also powers according to their color. The red paint bottle could release fire, the blue one could release water, the yellow one could release light, etc. However, she never used these new found powers for good for bad. Just for painting. Once she was 19, she had finally gotten enough money from selling art to purchase a single plane ticket. She chose a city called Fandomania in Canada. A lady named Jan Lawinski, after hearing Anne's story, began to let her use the art studio whenever and stay at her house until she had enough money to have her own.

Miles the first person Anne met, and introduced her to the city. They seem to be good friends who talk often.

Cody is Anne's closest friend and also boyfriend. Cody also took Anne to to hospital after she was stabbed.

Anne and Dapigin are friends. After being told to stay away from Cody by Shuri, Dapigin encouraged Anne and told her to ignore Shuri. 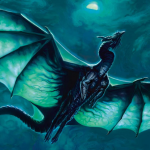